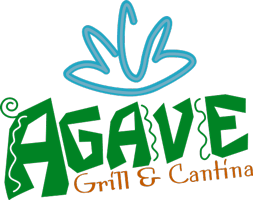 The Taco Festival made its way to the Hub City this weekend to draw in taco lovers from across Acadiana!

The festival was held in Moncus Park at the Horse Farm and was hosted by The Daily Advertiser.

David Tyda, the festival’s co-founder says “the Taco Festival is a celebration of the world’s greatest food: tacos! I always say that tacos are the world’s most adopted and adaptable cuisine. We have so many different types of restaurants doing their take on the taco, even Asian restaurants because who doesn’t like tacos?”

And compared to other cities that the festival takes place, Lafayette has been the smallest.

President of The Daily Advertiser, Judi Terzotis, says, “We love festivals here. [Hosting the festival in Lafayette] was just an easy no-brainer because people love to get out and have a good time. They love good food and good drinks, so it was pretty exciting.”

The Taco Festival featured over 20 vendors with most of them specializing in tacos. A festival that plays to their strengths had business owners excited to show Acadiana what they’ve got.

Rafael Garcia of Cafe Habana City and Nidal Balbeisi of Agave Mexican Grill and Cantina were a couple of participants.

Garcis says,” If you bring a festival to Lafayette, we are going to take it. We just had Latin Festival last week, Creole Festival two weeks ago, and now, we have Taco Festival, and it’s awesome.”

Balbeisi says he was excited about “getting to see all of these tacos, learning from others and others learning from us.” he adds, “It’s just great. Having a National Taco Day, I think is a great thing.”

Other than the tacos, the festival featured a taco eating contest, hot chili pepper eating contest and a Chihuahua Beauty Pageant.

The turnout was massive with over thousands of tickets sold.

When officials were asked about a Taco Festival return to Lafayette, Terzotis says,”We are already working on next year.This is something we want to repeat here in Lafayette because it’s unique and we think people really enjoy it.” A retreat right in the heart of downtown Lafayette, Agave brings together traditional Mexican cuisine with a Louisiana Flair, an atmosphere unlike any other, and over 40 of the finest agave Tequilas in the world. How do you Agave?
© Agave Grill & Cantina. All rights reserved.